Our Utrecht Brand Store is now open, take a look

0
Go back to overview 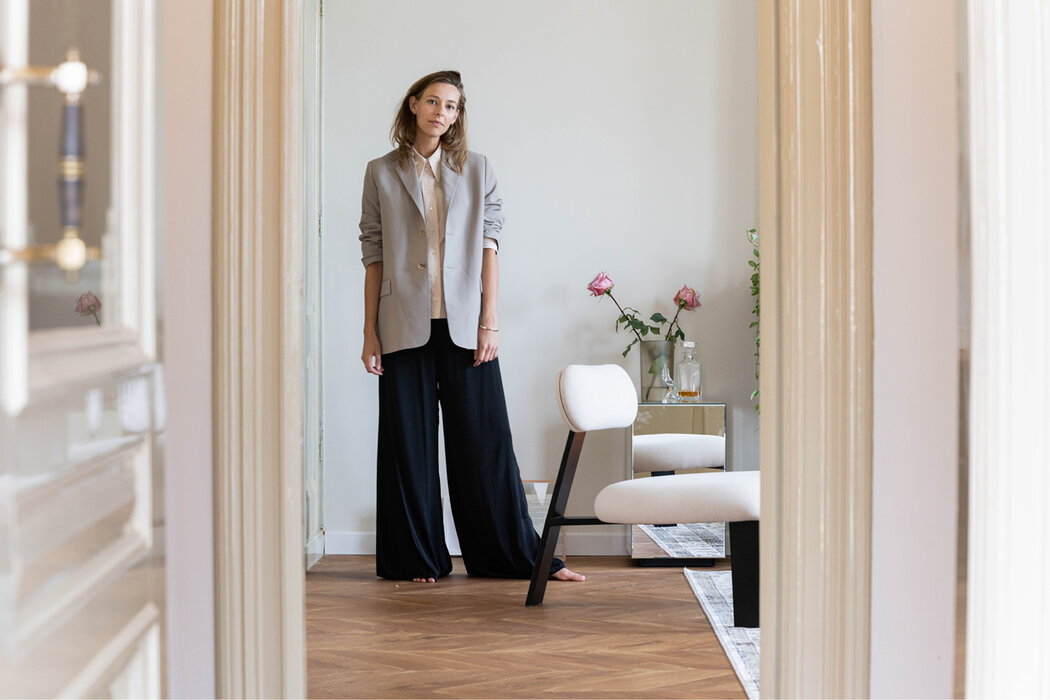 In our series 'HENK at home' we visit people who inspire us to get a glimpse into their daily lives.

This time we visited Lidian van Megen (31), a photographer who lives with her boyfriend Louk in picturesque Haarlem. Two years ago, they bought a monumental 1914 home which they renovated from top to bottom. The result? A breath-taking interior where classic and modern meet in a richly varied palette of stylish colours.

Lidian, I heard you had an intense renovation?

"That's right, when we bought this house, we knew that a lot had to be done. The previous owner had completely neglected the building and it gradually became clear that even more renovations were needed than we initially thought. But, even though it took longer than expected, it was worth it. We were able to arrange the spaces exactly as we wanted. For example, instead of a separate bathroom, we now have a bedroom with an ensuite. I really like that because it gives your home a hotel feeling.”

The colours in your home are very important for the atmosphere. For example, why do you have a kitchen in terra pink and woodwork in olive green?

“We opted for classic colours, often inspired by the RIJKS range of Sikkens, which are based on the colours that the old masters used in their paintings. This house has a lot of classic elements, but we wanted a modern interior - so these colours naturally tie everything together as a whole. I think that if you dare to use colour you can create a lot of atmosphere in an interior.”

Can you tell us about the personal touches we see around your home?

"I am a real collector and always keep small objects that I like such as a shell or leaf. I now have eight boxes of these kinds of memories and occasionally I look in them and make a collage of those objects. I have created a still life on the mantelpiece with some of those memorabilia. For example, there is a small piece of the original wallpaper from 1914 - which appeared under the plaster during the renovation - next to an ultrasound of our daughter who I am currently pregnant with. I think these kinds of elements really give an interior personality.”

Why did you choose the Studio HENK Blob Table?

“We enjoy hosting our groups of friends, but one of these groups consists of ten people! So, one of the conditions in our search for a table was that ten people could sit at it. In addition, we wanted as many organic shapes as possible in our interior because the house is a bit like a box of blocks with a lot of symmetry. That is why, in addition to the Blob table, we also opted for a lamp and a sofa with organic shapes.”

You also have the Oblique Lounge Chair. What do you like about this piece?

“I think its graphic design is beautiful. This again forms a beautiful, modern contrast to this old building. I also think that the chic black of the frame goes well with all of the colours in our house.”

Are you inspired by Lidian's story and her choice of the Blob Dining Table and the Oblique Lounge Chair? Create your own stylish interior with these pieces online now. 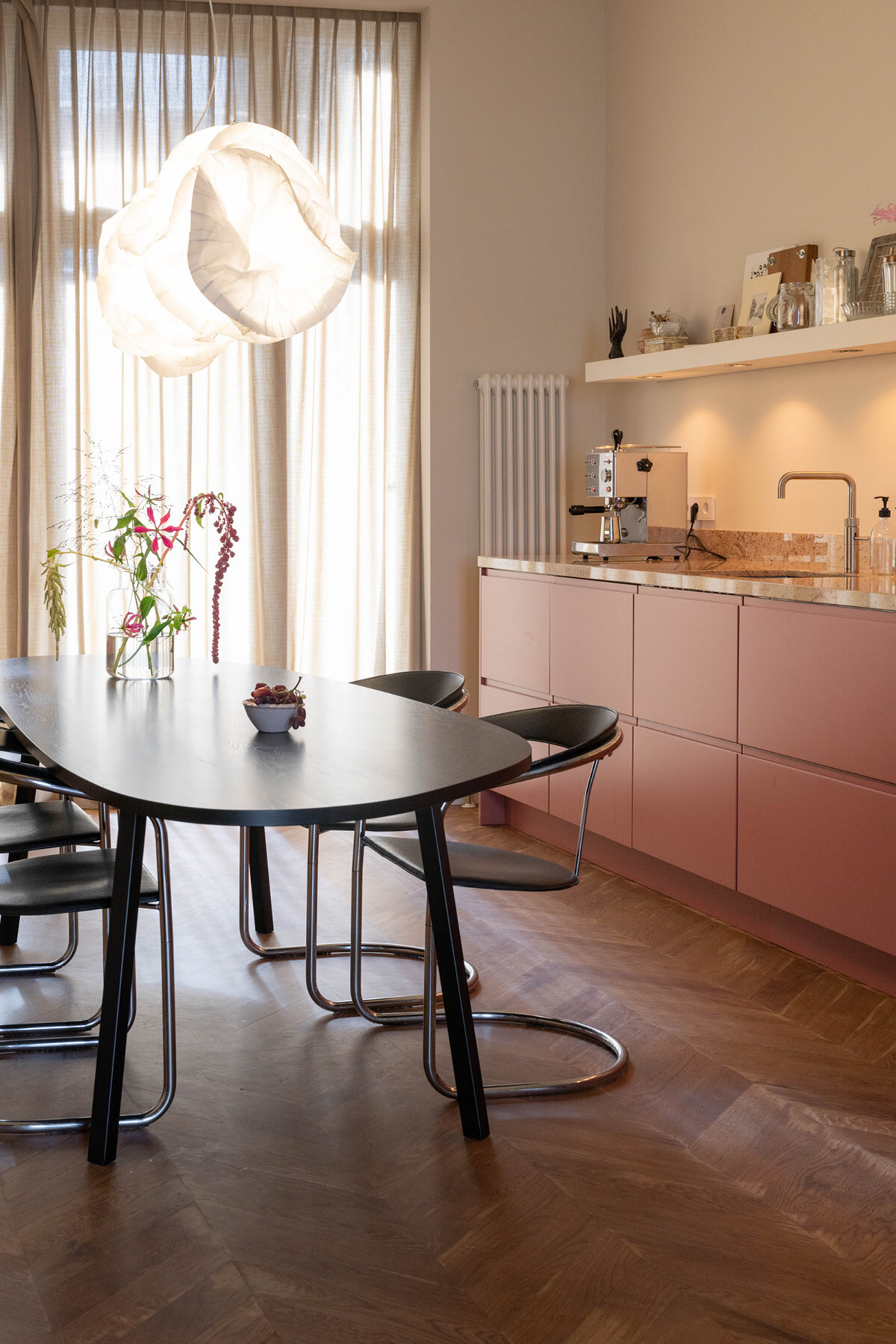 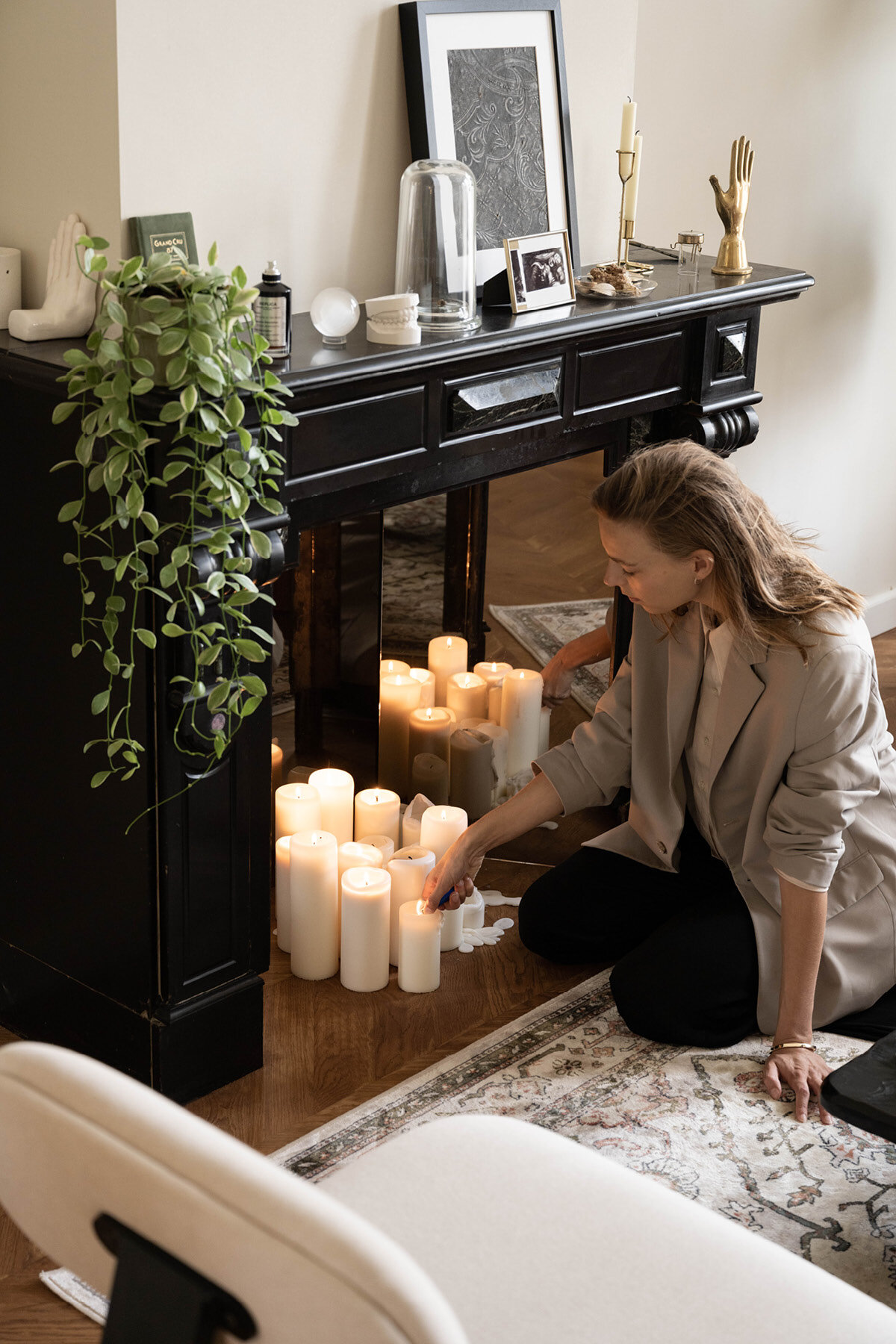